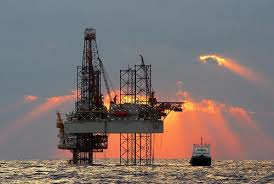 Lower oil prices, currently at levels of between 83 and 86 dollars per barrel, are obviously beneficial for the national economy’s overall drive as well as for consumers, but they present quite a different picture for the prospects of hydrocarbon exploration. Cheaper petrol in the market makes high-cost exploration work – as is the case in the deep waters of the Ionian Sea and south of Crete, where hydrocarbon deposits are believed to be located – less feasible.

The threat for a country such as Greece, currently preparing to launch offshore exploration work, is that with oil prices levels at about 80 dollars per barrel, oil companies planning to bid in the state’s upcoming international tenders may choose to restrict their investments.

According to oil market pundits, the downward trajectory was sparked by Saudi Arabian producers. Sources contend that a strategic decision has been made to drive oil prices to levels of about 70 dollars per barrel. Such a scenario would definitely dampen investment prospects for hydrocarbon exploration in Greece and other potential oil producers.

Officials in the USA have already expressed concern that current price levels are leading to losses for a large number of oil shale projects, whose production costs are still elevated as a result of the small nature of projects and the specialist technology involved. Countries applying conventional oil production methods, such as Russia and Venezuela, whose national economies are heavily dependent on oil export revenues, have also sounded the warning alarms.

No policy changes are expected until November 27, the date of the next scheduled OPEC meeting. If the current slide in oil prices is to be stopped, Saudi Arabia will need to reduce its production by about 500,000 barrels per day. Other sources contend that an even greater production cutback of between one million and 1.5 million barrels per day will be required. Saudi Arabia, alone, would not be able to manage such a number, meaning that other OPEC members will also need to be persuaded to contribute to the effort.

Saudi Arabia appears determined to maintain its production level of 9.73 million barrels per day until the end of the year. Forecasts of lower demand are creating growing surplus amounts and leading to price reductions.

Production costs vary depending on regions, extraction methods applied, level of investments made, as well as the size of reserves being exploited.

Among the major oil-producing nations, Saudi Arabia’s production costs, at levels of between five to seven dollars per barrel, rank as the lowest.

Deepwater oil extraction costs start at about 10 dollars a barrel. Adding the cost of development to the bill, the figure rises to between 30 and 35 dollars a barrel. Greece’s prospective offshore hydrocarbon exploration projects belong to this latter category.