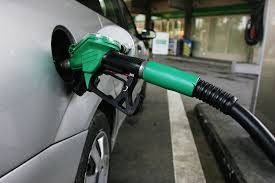 An “inflow-outflow” system legislated some two years ago with the objective of tracking petrol station fuel purchases and sales as a means of cross-examining activity to combat illicit fuel trade has remained largely inactive. An estimated one in three stations installed with the required information system is reporting data back to the Finance Ministry, according to the National Federation of Petrol Station Owners (POPEK). The federation considers the state responsible for this lack of progress.

A shortage of staff at the relevant ministries for regular inspections, the small percentage of installations around the country, as well as a lack of coordination between the three responsible ministries – Finance, Development, and Transportation – have been cited as the main reasons behind the lack of progress, according to petrol station owners.

With the “inflow-outflow” inventory system far from fully operational, a speculated return to a lower special consumption tax on heating fuel this autumn would leave the market unprotected from a prospective rise in fuel smuggling activity.

According to POPEK, between 20 and 30 percent of about 2,300 stations that have installed the inventory tracking system are currently linked to the central data base. The aforementioned figures stand as a rough estimate, at best, POPEK highlighted. The federation went as far as to say that the Finance, Development, and Transportation ministries had no clue as to how many petrol stations had installed the inventory tracking system and are connected to the data base.

The Finance Ministry has countered these claims, as well as the figures, contending that well over 50 percent of stations equipped with the inventory system were also connected with the date base.

Installation of the inventory system, planned over three stages, was scheduled to have reached its third stage by September 27, while an installation deadline for October 14 had been set for the country’s 200 to 250 heating fuel traders. This is well off target.

The degree of success of the “inflow-outflow” system’s implementation stands as a crucial negotiating tool for the government if it is to strike a deal with the country’s creditors, or troika, for a reduced tax on heating fuel.

Officials had begun talking about implementing the “inflow-outflow” system twelve years ago before eventually ratifying legislation on the measure two years ago.