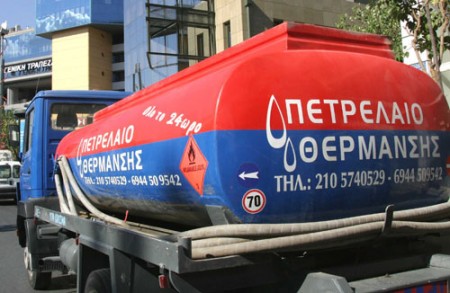 According to a high-ranking official at the finance ministry, the Greek government has been handed specific data concerning tax revenue and the heating fuel tax. The data, according to the official, makes clear the failure of a measure taken to increase the tax on heating fuel, which was brought to par with the tax imposed on transportation fuels. As a result, consumption of heating fuel slumped, prompting a significant loss of tax revenues.

According to the finance ministry official, a solution that had been forwarded by the Greek government to the troika last May proposes a tax reduction on heating fuel of between 15 and 20%. This tax reduction would reduce the retail price of heating fuel by approximately 0.06 to 0.09 euro per liter. The proposal also includes a call for the preservation, at the very least, of income criteria for the provision of heating fuel allowances, the objective being to ensure qualification for the allowance for as many households as possible.