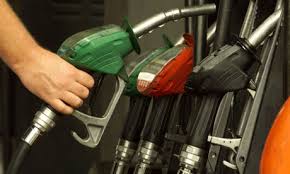 Responding to shortcomings caused by an unfinished effort to have “inflow-outflow” tracking systems installed at petrol stations, intended to monitor fuel purchases and sales as a means of combating illicit fuel trade in the market, the Finance Ministry has turned to consumers for assistance, requesting their increased awareness when purchasing fuel.

“Customers should be aware of the types of receipts being issued at petrol stations. These need to be automatically issued through the ‘inflow-outflow’ system and not cash registers,” Harris Tsavdaris, head of the Finance Ministry’s General Secretariat for Information Systems (GSIS), highlighted during a news conference yesterday. He also called upon consumers to refrain from making petrol purchases where violations were apparent.

It is estimated that 30.7 percent of the total of 2,323 petrol stations currently registered with the ministry’s data system are not providing the required “inflow-outflow” information to the GSIS headquarters. Even so, it is believed that no fines have been issued.

In geographical terms, the violations appear to be far greater in provincial areas, compared to the country’s two main cities, Athens and Thessaloniki. In Iraklion, Crete, it is estimated that 71 percent of GSIS-connected petrol stations are not reporting back required “inflow-outflow” data. In other provincial areas, the figure stands at 62.8 percent in Larissa, mid-northern Greece; 49.6 percent in Magnesia, located in Greece’s mid-eastern; 38.4 percent in Achaia, northwestern Peloponnese; and 36.6 percent in Ioannina, northwestern Greece.

Tsavdaris, the GSIS head, asserted that the violations in the wider Athens area and Thessaloniki did not exceed two percent.

Petrol stations operating in the wider Athens area and Thessaloniki, chosen for the system installation project’s first stage, were set a deadline for August, 2013. Petrol stations based in the five aforementioned areas had been given until March, 2014, to have the information system installed and running. The installation-and-operation deadline for all other parts of the country expired on August 27. Of the total of 2,600 petrol stations concerning this stage, 580 have registered with the GSIS system, and 150 have begun providing data.

Commenting on petrol stations that had yet to install the “inflow-outflow” system, Tsavdaris noted that this was the responsibility of another ministry, implying the Development & Competitiveness Ministry.

During yesterday’s news conference, it was announced that a list would be prepared to include 1,366 petrol stations, which, until yesterday, were complying with the market’s regulations and sending their “inflow-outflow” data to the GSIS system. The plan entails sending, by October 30, the list to petrol supply firms, which will be required to stop supplying petrol stations not included.