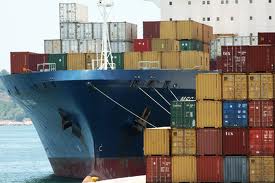 The wider discussion provoked by the Russian embargo on food products from the west has brought back to the fore the issue of Greek exports, which despite displaying positive signs in 2013, have retreated again in the current year, raising justified concerns about the negative trend’s impact on the national economy.

Although talk, in recent days, has focused on the impact of Russia’s wider embargo on Greece’s agricultural goods, the essence of the matter lies in a completely different field, as the majority of Greek exports concern industrial and petroleum-sector products headed for markets of the west, Turkey, as well as the Balkans. And the real problem is that Greece’s total exports figure has been experiencing a steady downward trend in recent years, except for 2013, as a result of Greece’s deindustrialization.

Figures provided by two local bodies, the Panhellenic Exporters Association and the Exports Research and Studies Center (KEEM), signify that the racket concerning the impact of the Russian embargo on Greek products does not reflect reality. Russia ranks as an insignificant export market for Greek products and does not rank among the country’s top-fifteen export destinations, official figures by the two groups showed.

Highlighting this observation, the total annual worth of Greek products exported to Russia, 406 million euro, is less than the value of Russian natural gas Greece imports each year, from Gazprom, estimated at 500 million euro.

The majority of Greek exports head for the west, while Turkey also stands as an important market. Agricultural exports make up just 17% of total Greek exports. Petroleum products are ranked first, closely followed by the manufacturing sector, whose share of Greek exports currently exceeds 40%.

In geographical terms, the greatest amount of Greek exports, in 2013, were absorbed by the EU-15, or member states making up the union until the end of 2003. Greek exports to the EU-15 were valued at 7.9 billion euro, or 29% of the total exports figure, 27.281 billion euro.

The highest-ranking EU-15 recipient of Greek exports was Italy with an 8.9% share worth 2.4 billion euro, followed by Germany, which imported 6.5%, or 1.7 billion euro, of Greece’s total exports, and third-placed UK, whose figures were 967 million euro and 3.5%.

Greece exported 7.4%, or 2.02 billion euro, of its total exports to the EU’s more recent member states, Cyprus ranking first here with 1.13 billion euro, or a 4.2% share.

The Balkan region, not including Turkey, ranked highly with Greek exports valued at 3.6 billion euro, or 13.4%, largely due to exports to Bulgaria, worth 1.39 billion, for a 5.5% share.

Agricultural products were ranked third in 2013 with a 17.4% share valued at 4.7 billion euro. Food products and livestock made up a 13.2% share, beverages and tobacco represented 2.1%, and olive oil and other related products also captured a 2.1% share.

Based on data provided last May, and in terms of market value, industrial exports gained ground in their share of total Greek exports to reach 40.62%, while the share held by agricultural products declined to 16.25%.