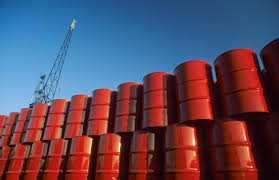 The price of crude oil may be falling, but this drop is not being transferred across to the Greek market and the domestic price of fuel. Market speculation and the euro currency’s lower exchange rate against the US dollar have been cited as the main reasons.

This is an appropriate moment in time to raise the issue. Yesterday, for the first time since June, 2013, the price of crude oil fell below 100 US dollars per barrel to settle at 99.70.

Market insecurity over the ongoing conflicts in Iraq and Libya and the impact these wars could have on global production and supply pushed crude oil price levels up to 115 dollars per barrel in June. But the fears eventually subsided and crude oil prices fell uninterruptedly between June 19 and September 5, dropping by more than five dollars per barrel, or 13 percent.

The US dollar’s upward trajectory against the euro during this period, and before it, has managed to eat away the bulk of the decline in the international price of crude oil. In June, the euro was worth 1.35 against the US dollar. Yesterday, it had tumbled to 1.29. All petroleum product purchases are conducted using the US-dollar currency. This is reflected by Greek refinery prices between June 19 and September 5, which declined by just 3.1 (euro) cents, from 61.1 cents to 58 cents per liter. During the same period, unleaded fuel fell from 1.69 euro to 1.66 euro per liter, while the price of diesel fuel dropped from 1.37 euro to 1.35 cents per liter.

As for heating fuel – based on yesterday’s market prices and exchange rates, and also taking into account last weekend’s announcement by the Greek Prime Minister of an imminent 30 percent cut to the special consumption tax imposed on heating fuel – it can be expected to sell for between 1.15 euro and 1.17 euro per liter when distribution begins on October 15. However, according to industry experts, market rules anticipate a six-cent drop in the price of heating fuel for every 10-dollar drop in the price of crude oil.

The issue also carries geopolitical dimensions. The price drop of crude oil coincides with the trade war that has broken out between the USA and the EU, as well as the ongoing conflict between Russian and Ukraine. The declining price of crude oil is proving to be detrimental to the Russian economy, as Russia ranks as one of the world’s biggest exporters.