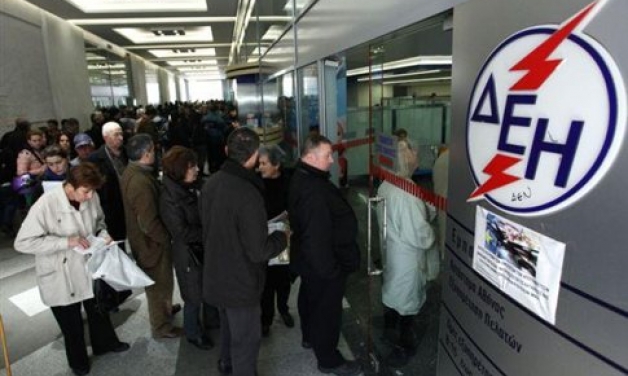 The level of unpaid overdue electricity bills owed by consumers to main power utility PPC has risen to 2.5 billion euros, or by half a billion euros over the past six months, a letter forwarded by GENOP, the utility’s main workers union, to RAE, the Regulatory Authority for Energy, has revealed.

GENOP informed RAE as part of public consultation procedures launched by the authority to deal with the alarming level of unpaid bills owed to PPC, which is having a wider impact on the energy market, and an effort being made to restructure the market.

This latest sharp rise in consumer arrears at PPC coincides with the imposition of capital controls in Greece as well as the latest round of tax demands, including a hefty and often unfairly calculated ENFIA property tax, all of which has accumulated to overwhelm the majority of local households and enterprises, severely limiting disposable income levels.

PPC officials have not confirmed the 2.5-billion euro figure of overdue unpaid bills owed by consumers and, at the same time, are refusing to offer any comments on the progress of an intensified collection effort. PPC’s recently appointed new administration announced it would toughen up on unpaid bills, while also noting it was introducing new tracking technology as part of the effort.

A number of high-profile cases concerning power disruptions for PPC consumers deemed able to pay but not willing, including shopping centers, office buildings, certain municipal companies, even major-scale industrial units, have made the news in more recent times. The culprits were forced to sign payback programs. Some have respected their agreements while others have not, leading to new electricity supply disruptions.

According to authorities, 1.6 billion to 1.7 billion euros of the 2.5-billion euro sum of overdue unpaid bills owed to PPC concerns low-voltage consumers, meaning households, small businesses, and small-scale producers. Of this low-voltage amount, between 350 million and 380 million euros risks going down as bad debt as it concerns companies that have gone out of business. The state is also a major debtor. It owes approximately 250 million euros to PPC.