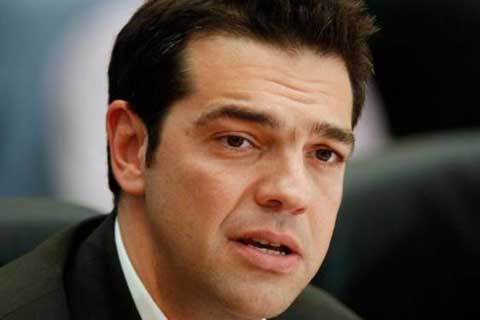 SYRIZA leader Alexis Tsipras is due to give what his party believes is one of his most important speeches in Thessaloniki on Saturday as the opposition attempts to set out its plans for governing the country.

Tsipras will visit the Thessaloniki International Fair (TIF) in the morning before his speech at 7.30 p.m., which will be followed by a news conference at 1 p.m. on Sunday. The SYRIZA leader hopes that over the two events he will be able to give a clear idea about the policy program that his party is putting together, particularly with respect to the country’s economy.

“If we set the expectations bar very high above what we can achieve, we will be in danger of failing to get over it,” SYRIZA MEP Dimitris Papadimoulis told Real FM.

Tsipras’s appearance in Thessaloniki provoked a row between New Democracy and SYRIZA, with the latter accusing the government of trying to prevent public broadcaster NERIT from airing the leftist politician’s speech and press conference. The opposition suggested that this was why NERIT’s highest two executives resigned on Thursday.

Government spokesperson Sofia Voultepsi denied this was the case and accused SYRIZA of trying to secure broader coverage for Tsipras’s visit to TIF than Prime Minister Antonis Samaras received.