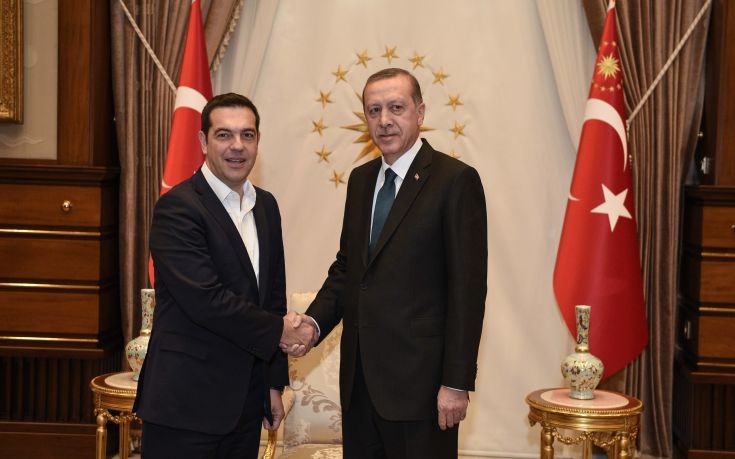 Prime Minister Alexis Tsipras expressed his satisfaction with the implementation of the EU-Turkey deal so far, saying refugee flows have diminished significantly during a meeting with Turkish President Recep Tayyip Erdogan, held on the sidelines of the UN World Humanitarian Summit in Istanbul late on Monday.According to government sources, the two sides focused on the management of refugee flows during their 45-minute meeting with Tsipras noting that trafficking rings have been dealt with significantly and NATO’s participation is crucial. He added however that there are still problems that need to be dealt with.The Greek premier also raised the issue of Turkey’s airspace violations, the same sources said, noting that he expressed the government’s discontent with Turkey’s increasing infringing activity in the Aegean. The two sides agreed to activate diplomatic channels to de-escalate the situation. Tsipras and Erdogan also discussed bilateral cooperation in energy, tourism and transport.According to the government sources, the two leaders also focused on the Cyprus issue, expressing their support for the ongoing negotiations between Cypriot President Nicos Anastasiades and Turkish Cypriot leader Mustafa Akinci which aim at finding a solution to the country’s division. On Wednesday, Tsipras and Anastasiades will meet in Athens, during which the Greek leader will brief his counterpart on his talks with Erdogan.