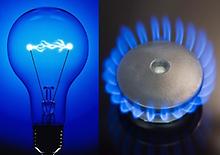 Greece’s creditor representatives, or troika, expressed satisfaction over all topics linked to the bail-out agreement’s obligations for interventions in the energy sector during a meeting with Ministry of Environment, Energy & Climate Change officials yesterday morning, ministry sources said.

The prospective part-privatization of the public power corporation, PPC, whose break-away division is being referred to as “Little DEI”, was one of the main subjects discussed during the latest round of talks between the two sides. Legislation for the part-privatization was ratified in Parliament last week.

Another dominant item on the agenda was the progress being made in the privatization procedure for IPTO (locally referred to as ADMIE), the Independent Electricity Transmission System Operator, which has now reached its second stage. Four of the five bidders have qualified for the procedure’s next round, entailing the submission of binding bids.

As for the overall package of reforms aimed at fully liberalizing the electricity and natural gas markets, negotiations continued yesterday, and, according to ministry officials, the country’s creditor representatives did not raise objections about delays observed in the schedule’s progress.

According to the same sources, the troika appears to have accepted a slight shift forward of a Memorandum deadline for the submission to Parliament of legislation aimed at ending gas supply company monopolies in the retail market. The original deadline had been set for June, 2014, but has now been reset for September of the same year.

As for the electricity market, the troika focused mostly on the NOME-type auctions for lignite and hydropower production by PPC, which, based on the bail-out agreement with creditors, will need to be enforced as of September, 2014.