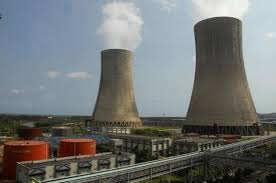 Currently incurring major losses in the millions of euros, the country’s privately owned thermal power stations risk closure – which would prompt power shortages during high-demand periods – if solutions are not implemented, such as the reintroduction of a Variable Cost Recovery Mechanism, and a new CAT system, sector officials warned yesterday, on the sidelines of the Athens Energy Forum.

“The absence of direct compensation for capacity and flexibility services provided is seriously undermining the financial state of thermal power stations operated by independent energy producers and will lead to their premature withdrawal,” Piguet noted during his speech. “This would also discourage new investements and undermine strategic development,” he added.

Echoing these remarks, Benroubi told the conference that the privately run power stations will not continue operating at a loss, warning that if decisions were not soon reached on new CATs and the Variable Cost Recovery Mechanism – locally acronymed MAMK – then the issue would be dealt with at Greek and European courts and, furthermore, felt by all during high-demand periods in winter and summer.

Benroubi noted that thermal power stations provided electricity to the grid on a daily basis last January, a month when demand for electricity peaks as a result of the cold weather and shorter days. The trend was similar in February, while the stations also played crucial roles during the summer months, he added.

“Therefore, if the thermal power stations did not exist, or weren’t operating, an adequacy and energy security problem would have already existed,” remarked the Protergia official.

As a result of binding EU regulations, the contribution of renewable energy source (RES) production to the country’s overall electricity production is expected to increase by 2020, and lignite-based production must be decreased, while an overall electricity demand increase is anticipated for a variety of reasons, including the prospective submarine cable interconnection projects to link the islands with the mainland, HAIPP, the Hellenic Association of Independent Power Producers, locally known as ESAI, has reminded.

Also, amid conditions of greater demand for electricity, combined with the inconsistent nature of RES production, a greater need will emerge for units offering flexibility to the grid, to cover fluctuating electricity demand levels. Thermal power stations are pivotal here.

Industrial consumers strongly oppose the reintroduction of the Variable Cost Recovery Mechanism, arguing the costs linked to such a mechanism would end up being shouldered by consumers through electricity bills.