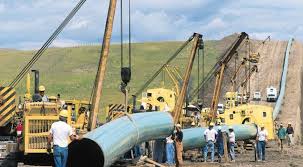 TAP (Trans Adriatic Pipeline) stands as a project of major significance for Greece, its wider positive impact including job creation, increased revenues, investor confidence improvement, and the country’s solidifying role as a key geopolitical player in the region, if not Europe, TAP’s External Affairs Director, Michael Hoffmann, stressed last night during a speech at the Athens Energy Forum.

Commenting on the project’s development, the TAP offcial noted that the objective is for construction to begin in 2016 and be completed in 2019 for test runs ahead of the pipeline’s scheduled commercial launch in 2020.

Hoffmann told the energy forum that some 350 Greek companies have held talks with the TAP consortium for sub-contracted work. He added that the compensation package has been announced for 55,000 property owners whose properties are to be expropriated for the project’s development. Initial agreements have been reached with owners, Hoffmann noted.