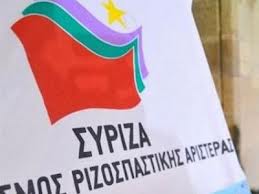 Greece’s terms for its part in the Trans-Adriatic Pipeline project, or TAP, the country’s biggest energy-sector project of recent years which promises to upgrade Greece’s geopolitical standing as an energy hub, will be reconsidered should the leftist SYRIZA party be elected to govern the country, a leading party MP announced on Wednesday. Also, SYRIZA, currently Greece’s main opposition party, intends to nullify the privatization of DESFA, the country’s Natural Gas Transmission System Operator, and renationalize it, the party official added. DESFA has been acquired by Azerbaijani corporation SOCAR.

These intentions, for both TAP and DESFA, were expressed by SYRIZA MP Evgenia Ouzounidou, who holds the party’s top post for energy matters, at a natural gas conference, with SOCAR Energy Hellas CEO, Anar Mammadov, in attendance.

Mrs. Ouzounidou said SYRIZA, if in power, would renationalize DESFA and re-evaluate the entire TAP deal with the aim of revising the latter’s traversal conditions, which SYRIZA considers as being unfavorable for the country.

Furthermore, Mrs. Ouzounidou remarked that governments could not be permitted to sell off energy companies, as this prompted national sovereignty issues. “The government, through these companies, may exercise social policy,” stressed the SYRIZA MP.

Responding to a question concerning the prospect of government and energy policy changes in Greece, Mr. Mammadov avoided offering a direct answer, instead noting that he could not offer his views on hypothetical scenarios.