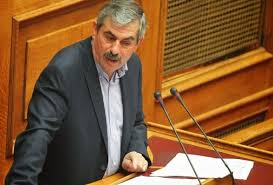 Greece’s newly elected Syriza-led coalition will end all efforts made by the previous government to part-privatize PPC, the Public Power Corporation, an official of the leftist party has told energypress.

“We’ve committed ourselves, and we will maintain our promise that one of the first measures to be taken by the Syriza [led] government will be to restore PPC as a state-run, single company,” Syriza MP Thanassis Petrakos noted.

He also stressed that, besides PPC’s part-privatization – through a break-away “Little PPC” company whose sale had been planned – the intended sale of a further 17 percent of PPC would also be scrapped.

The change of course is expected to prompt the European Commission to take new initiatives in search of a solution offering third parties access to the lignite market. Tough negotiations between Greek and European Commission officials are anticipated over the coming months.

Ex-Prime Minister Antonis Samaras had proposed the “Little PPC” solution to the European Commission, not the troika, as a way of meeting Greece’s obligations following a European Court ruling, delivered in July, 2014, to end PPC’s control of lignite resources.

The new government may contend that the access gained, last December, by energy company Ellaktor to a mine in Vevi, close to Florina, northern Greece, constitutes the opening up of the lignite market. Afterall, Syriza has insisted that Greece’s electricity market is wide open and that RAE, the Regulatory Authority for Energy, had long ago granted licenses for thermoelectric stations – in Vegora, Amyndeo, and Meliti – but investments were never made.

Whether these arguments will suffice is indefinite at best. The country’s next official to take on the energy portfolio will inevitably need to face up to European Commission questioning on Greece’s lignite market.

The Syriza party, according to its official pre-election policies, plans to regroup PPC – subsidiary firms had been established – and accelerate the construction of a new power station in Ptolemaida, currently in progress, and another in Melitis.

PPC officials have questioned this initiative, taking into account the period’s lower electricity consumption levels and exisiting electricity stations that are operating below full capacity. The PPC officials argue that the capital needed for these projects would be better off spent to upgrade existing facilities.