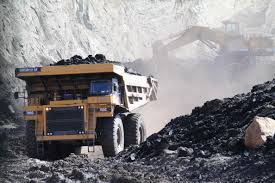 The newly elected Syriza-led government’s officials focused on energy matters plan to reexamine a not-yet-finalized leasing deal awarded to energy company Aktor for a lignite mine in Vevi, close to Florina, northern Greece, a party official has told energypress.

A leasing agreement had been signed during the previous government’s term, but it has yet to be ratified in Parliament.

Officials of the Syriza party, which contends it will stop all privatization activity in the energy sector, said they will examine the Vevi mine case for legal ground that may allow for a reexamination of the agreement and possible cancellation.

An official representing the European Commision in the troika had noted – during the most recent round of talks held with the former Ministry of Environment, Energy & Climate Change – that leasing the Vevi mine prior to the break-away and sale of “Little PPC”, as the planned part-privatization of PPC has been locally dubbed, could affect the sale’s prospects.

This argument was based on the fact that an electricity station in Melitis, supplied primarily by the Vevi mine, was to be incorporated into “Little PPC”. In other words, prospective buyers of “Little PPC” would, to a certain degree, depend on the owner of the Vevi mine. The European Official suggested that offering the Vevi mine as part of the package to the prospective “Little PPC” buyer would be preferable in order to make the sale more attractive for investors.

The previous government’s planned sale of “Little PPC” was not just part of the part-privatization plan for PPC, but mostly concerned the country’s effort to meet European Commission demands for Greece’s compliance with a common EU energy policy. “Little PPC” would serve to make Greece’s lignite market accessible to third parties, beyond PPC, while also opening up the country’s retail electricity market. The “Little PPC” plan, a Greek proposal, has already been endorsed by the European Union.

If the new Syriza-led government sticks to its pre-election claims and decides to stop all privatization activity concerning PPC, it will need to find a new formula for the liberalization of the lignite and electricity markets. This may help the new government realize that completion of the Vevo deal may offer an unexpected solution.