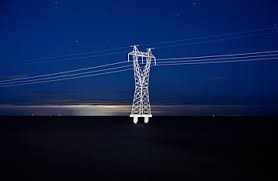 A detailed study to examine the economic and technical repercussions on the electricity market as a result of the abolishment – effective July 1 – of the Cost Recovery system, a variable mechanism intended to reward natural gas units and, subsequently, facilitate stability and sufficiency for the system, has been commissioned to IPTO (locally referred to as ADMIE), the Independent Electricity Transmission System Operator.

Data will be recorded on a daily basis over a three-month period for the study. The objectives of the effort include an analysis presenting the resulting overall cost for the system, as well as individual outcomes for all affected parties, based on two alternate scenarios, one assuming the system had not been abolished, the other, presenting the abolishment’s impact.

Based on the study’s findings, ITPO may, if deemed necessary, propose revisions to RAE, the Regulatory Authority for Energy. If a proposal for revisions is submitted, it will be forwarded for public consultation.

The board at ITPO has already advised, officially, that the variable cost recovery mechanism should have been maintained until September. ITPO cited the increased possibility of problems that could arise during the summer months, vital for the tourism sector and, by extension, the national economy.

RAE will be closely monitoring the market for any problems confronted in an effort to take immediate action, if needed, which could include temporary reactivation of the mechanism, even if just for one day, as well as other measures.