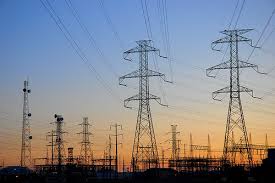 The four companies interested in acquiring a 66 percent stake in IPTO, Greece’s Independent Power Transmission Operator, locally referred to as ADMIE, are expressing a strong enough interest to warrant them an extension to the late-October deadline for the submission of binding offers, if needed, according to high-ranking officials at the Environment, Energy & Climate Change Ministry.

Ministry officials noted that, if necessary, the deadline would be extended to the end of November.

Italian operator Terna stands as a hot favorite for the deal. SGCC, the State Grid Corporation of China, which is also taking part in the IPTO international tender, acquired a sizeable stake in a vehicle controlling Terna in August. The Chinese giant paid 2.1 billion euro to acquire a 35 percent stake in CDP Reti, which controls 30 percent of Italy’s electricity distribution network, operated by Terna.

Following this development, the Chinese firm will presumably withdraw its own interest and participate in the tender through Terna, or the two firms could submit a joint offer. Although the former scenario is considered more likely, the latter cannot be ruled out. The Italian firm has so far displayed a keen interest to gain access into the Greek network as part of its strategic plan to expand operations into the electricity networks of southeast Europe and the western Balkan region.

Belgian firm Elia, operator of Belgium’s high-voltage electricity transmission system, is also a hot contender for the IPTO tender. “We want to expand the role we’re playing at a European level, and, in doing so, will bolster our market leader position with whatever concerns overland and underwater electricity transmission,” company spokesperson Barbara Verhaegen was quoted as saying by Belgian newspaper “L’Echo” last month.

Canadian fund PSP Investments, which owns 40 percent of the “Eleftherios Venizelos” Athens international airport, is also maintaining a strong interest in the IPTO tender. The fund appears determined to battle it out to the end, as managing director Patrick Charbonneau had pointed out during a meeting with Greece’s Deputy Development and Competitiveness Minister, Notis Mitarakis, in August.

In another development, the deal for the acquisition of DESFA, Greece’s Natural Gas Transmission System Operator, by Azeri firm Socar is approaching finalization, and should be completed by the end of the year.  The deal is expected to provide approximately 212 million euro for ELPE, or Hellenic Petroleum, and a further 188 million euro for the Greek state.

Based on the deal’s formula, the new majority shareholder will be able to operate as a vertically integrated company, which, however, will need to fully comply both with Greek and EU law requirements in the energy sector. Following European Commission intervention, a law amendment was submitted to Parliament just days ago, to enable suspension of the new owner’s voting rights should any operating conditions be violated. Protecting gas supply security for Greece and other EU member states is a main issue here.