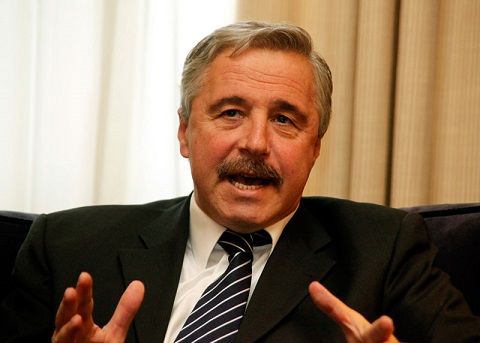 Greece’s natural gas supply security and protection of consumers in the event of a cut-off from Russian supply as a consequence of the ongoing Ukraine conflict was the focus of a meeting on Thursday chaired by the Minister of Environment, Energy & Climate Change, Mr. Yannis Maniatis.

Early in July, the European Commissioner for Energy, Mr. Günther Hermann Oettinger, requested, in a written letter to the Greek minister, a special report by the end of August detailing the outcomes of stress tests based on the event that Russia disrupted its natural gas supply to Greece via Ukraine next winter.

The European Commissioner forwarded similar letters to all the energy ministers of European Union member states that could be affected by a Russian natural gas stoppage.

The Greek ministry’s special report, currently being worked on, intends to outline the repercussions for both the country’s natural gas availability as well as the energy system, overall, should Russian gas supply stop reaching Greece.

“Conducting these stress tests is a necessary preventive measure in the event of a supply disruption by Russia via Ukraine this coming winter,” Mr. Maniatis remarked following the meeting, while noting that both preventive and emergency measures would be included in the report. “We are taking all necessary action to minimize any problems concerning supply security as a result of possible crisis situations. Consumer protection stands as a top priority for the ministry’s leadership,” he continued.