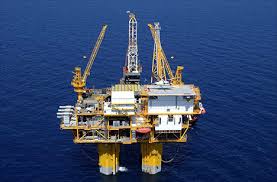 The representation of energy sector company officials at the ongoing three-day Balkans and Adriatic Oil Summit in Athens, which runs through Friday, has been encouraging, reflecting the international interest being shown in potentially new energy markets in the region.

Among the companies represented at the event, held just days ahead of the anticipated announcement of an international tender for exploration and exploitation rights to twenty sea plots in the Ionian Sea, western Greece, and south of Crete, are certain major international players, such as Exxon Mobil and Shell.

The firms are being represented by highly ranked officials, such as commercial managers and regional managers, in other words, officials possessing the authority to sign contracts.

Although officials at the Environment, Energy & Climate Change Ministry are maintaining a low profile on their tender expectations, the turnout of thirty-one sector officials representing seventeen oil companies at the conference in Athens suggests that the interest for hydrocarbon exploration in Greece will not be negligible.

More likely than not, the level of interest can be expected to be greater than has been revealed so far. It is no secret that Energy Ministry officials expected that, by this stage, a greater number of companies would have purchased seismic survey data for the tender’s plots, a prerequisite prior to bidding. At present, the number of surveys purchased by oil companies is still in single-digit territory, but the figure could well rise once the tender has been announced and branded official. The cost of seismic data for each offshore sea plot has been set at 750,000 euros.

Once the international tender for Greece’s twenty sea plots has been announced, which, latest reports said would occur within the next fifteen days, interested companies will have six months to submit bids. Drilling, to follow preliminary work, is expected to begin around late 2018 or early 2019.