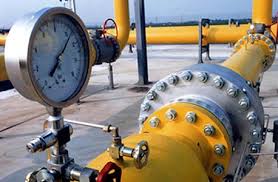 Responding to a European Commission announcement on Wednesday of its decision to conduct an in-depth examination of the sale of DESFA, the Natural Gas Transmission System Operator, Azeri company Socar, the prospective buyer, has released a statement noting it will cooperate for the agreement’s swift completion.

“We will continue to cooperate constructively with the Commission for the procedure’s completion in the shortest period possible,” Socar’s announcement stated.

The Commission’s examination of the agreement, for a 66 percent sale of the Greek gas system operator to Socar, is expected to require as many as 90 working days.

When announcing its decision to launch an examination, the Commission expressed s concern over the limited level of competition in Greece’s gas market. Many market authorities are not entirely convinced. The Commission’s decision to further examine the deal comes seventeen months after the tender’s completion.