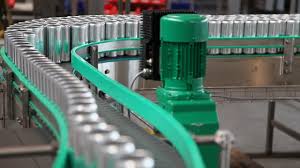 Development and Competitiveness Minister Nikos Dendias has withdrawn three amendments, including one drafted to allow small-scale industrial plants to take part in gas auctions for cheaper gas supply, it was announced Thursday evening. The amendments, withdrawn following strong objections raised by the PASOK party, the coalition’s junior partner, will be resubmitted to Parliament at a later date, reports said.

Earlier in the day, Energypress reported:

According to energypress sources, the amendment, to be submitted to Parliament today, will ensure that all industrial units are eligible to participate in DEPA gas auctions, regardless of energy consumption levels, even if they are located beyond areas covered by gas supply companies (EPA). The DEPA auctions are scheduled to commence on October 15.

Until now, the DEPA gas auctions have been limited to industrial plants consuming over 10 million cubic meters of natural gas on an annual basis. This condition will no longer apply once the amendment is ratified.

Based on current prices in the Greek market, the price of natural gas at auctions is cheaper by between 10 and 15 euros per MW compared to regular supply price levels. For some companies, this price difference can amount to over one million euros over a year.