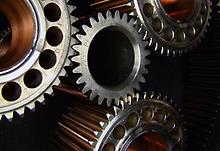 Small-scale industries have missed out on an opportunity to take part in gas auctions and will, for the time being at least, continue being supplied gas at relatively higher rates as a result of the country’s political developments that have led to the upcoming snap elections.

Thousands of smaller productions facilities located within areas covered by gas supply companies (EPA) in the wider Athens area, Thessaloniki, and Thessalia, in the mid-northeast, had hoped to benefit from the amendment, which would have classified them as “select” DEPA (Public Gas Corporation) consumers for lower gas rates, along with large-scale industries already enjoying beneficial terms.

According to present law, smaller-scale industries cannot be included on DEPA’s list of “selected” consumers, a category reserved for annual gas consumption levels of at least 10 million cubic meters.

Smaller-scale industries will continue to not have access to gas auctions following the imminent elections as the gas market bill’s submission to Parliament will, at best, be delayed. Worse still, it may be subjected to new revisions, or even shelved.