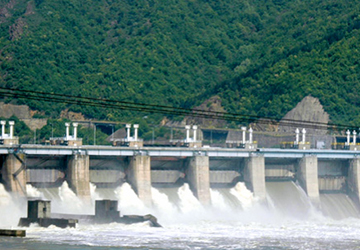 This year’s 3rd Hydropower Balkans Summit is scheduled to take place November 7 and 8 in Belgrade with official support from the national power utility Elektroprivreda Srbije (EPS), owner of a major part of generating capacities in the country.

Major investment projects will be discussed at the summit, a professional platform bringing together chief ministers, major investors, decision-makers of power utilities, leading hydropower plants, project initiators and regulators, with the aim to consolidate efforts focused on efficient development of key projects for construction and modernisation of HPPs across the Balkan region.

Hydropower plants generate 29 percent of the total amount of electricity produced in Serbia.

A total of 500 million euros is expected to be invested in the modernization of hydropower plants by 2025, the objective being to ensure their services for the next 30 years.

Serbia plans to install 438 MW of new hydropower capacities in order to achieve an energy target gross final energy consumption through the use of renewable energy to 27 percent.

A total of 39 small HPPs with a total capacity of 49 MW currently operate in Serbia. Moreover, 856 potential locations for SHPPs have been identified around Serbia.

The most promising big, medium and small investment projects include construction of three hydropower plants on the upper Drina river, construction of SHPP Celije and SHPP Rovni, as well as an overhaul of the Djerdap 1 and 2 HPPs.

At the end of 2017, EPS announced its intention to overhaul ten units at HPP Đerdap 2 over 10 years to help extend the plant’s lifespan and boost its capacity by 50 MW.

EPS and Siloviye Mashiny are cooperating on the overhaul of HPP Đerdap 1. The overhaul began in 2009. In July 2018, the two companies signed a contract on the modernization of the A2 and A3 units in order to complete a revamp of the entire HPP in 2021.