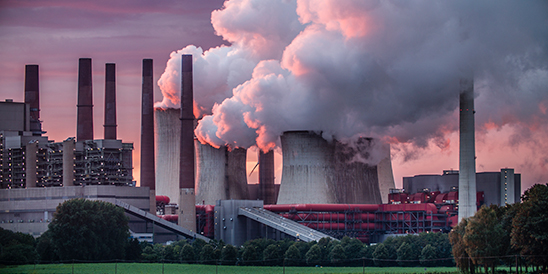 The summit will review the commitments made at the first One Planet Summit on December 12, 2017, and will further accelerate the implementation of the Paris Agreement by putting finance in service of climate action. It will contribute to strengthening multilateral collaboration, building trust between public and private actors, to ensure a collective response to the climate change.

Speakers will include many heads of State and Government, business leaders, economists and representatives of civil society.

In light of the emergency caused by the ecological, social and economic impacts of climate change, climate challenge is a shared responsibility that requires the mobilization of and cooperation between everyone: governments, the public and private sectors, and civil society, the summit’s organizers noted in a statement.  Following the 2018 Global Climate Action Summit in San Francisco and ahead of the COP24 Conference in Katowice and the 2019 UNSG Climate Action Summit, the second One Planet Summit will be a crucial step for raising ambitions and accelerating the protection of our planet, the organizers added.

The summit is scheduled to take place from 2 pm to 4:30 pm on September 26 at New York City’s Plaza Hotel, following the second annual Bloomberg Global Business Forum and alongside the 73rd session of the United Nations General Assembly.

“Climate action requires a collective response. Discipline and ambition are essential. We are going through challenging times, but solutions are everywhere, all over the world. We must act together to foster innovation, boost transformative projects, gather public and private investments, and deliver on our promises for the next generations. The time has come. It is our priority, both economically and politically. We are ready now for this shared action,” stated French President Emmanuel Macron.

“New York City has long been a place where the world comes together to solve big problems – and climate change is one of the most urgent. Since last year’s summit, we’ve taken important steps forward to reduce carbon emissions and improve people’s lives, by cleaning the air, growing the economy, and creating jobs. This year’s summit is a chance to accelerate that progress and spread the health and economic benefits of climate action to more people around the world,” remarked Michael R. Bloomberg, founder of Bloomberg LP and Bloomberg Philanthropies, mayor of New York City from 2002-2013, UN Special Envoy for Climate Action and WHO Global Ambassador for Noncommunicable Diseases.

The inaugural One Planet Summit gathered more than 4,000 participants to accelerate the implementation of the Paris Agreement and to engage public and private actors in the fight against climate change. Twelve international commitments were made, bringing together some thirty coalitions and initiatives, based on three key fields of action: increasing finance for climate change adaptation and resilience; accelerating the transition towards a low-carbon economy; and firmly positioning climate challenges at the heart of finance.

The 2018 Summit will provide an opportunity to review progress made in implementing these commitments and to strengthen trust and collaboration among actors in order to foster ambitious new initiatives.

“Climate change is the most pressing challenge facing humankind. Strong leadership is needed urgently. We must use every opportunity – including the One Planet Summit and the high-level session of the United Nations General Assembly – to mobilize world leaders for ambitious and immediate climate action. The facts are clear and alarming: climate change continues to move faster than our efforts to address it. We must all do far more in order to win this race for our future,” underlined António Guterres, Secretary-General of the United Nations.

“The goals of the Paris Agreement are critical to sustaining the global fight against poverty. Commitment to climate action is strong, investment is growing, and the Paris goals are within our reach. But we need to accelerate progress. The public and private sectors must work together more effectively to coordinate policy reforms that boost investment. This will help us create new markets for climate action, especially in the developing countries that need it most,” underlined World Bank Group President Jim Yong Kim.

The program of the 2018 Summit is structured to develop a One Planet Roadmap for climate action and green finance that can help align forces along the most strategic pathways to success, including: collaborating and sharing solutions to deliver local, national, and global action; investing in the transition to low-emissions and inclusive economies; and protecting vulnerable populations through innovative technologies and nature-based solutions and the restoration of ecosystems.

The program will be presented and moderated by Arianna Huffington, Founder and CEO of Thrive Global.