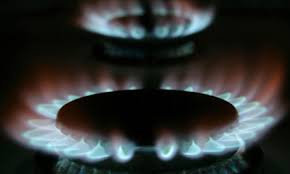 Further expansion of the country’s natural gas distribution network is in danger of being halted by prospective gas retail market revisions currently being worked on by the government.

This danger has arisen as a result of plans, being prepared through a draft bill, to divide gas supply activities from distribution network exploitation and, primarily, a decision to abolish infrastructure project subsidies, as well as exclusive regional market rights for investors, as offered by recent EU regulations.

Completion of the gas market’s liberalization procedures would need to be accompanied by significant infrastructure development if new gas supply companies are to operate in cities or regions where they have been granted operating rights.

“Nobody is going to invest money to develop new networks if a significant protection period for investment returns is not offered,” one sector official noted.

Full liberalization of the retail gas market, as is being demanded by the country’s creditors, or troika, may possibly be suited to certain countries and regions possessing fully developed distribution networks. However, such a demand is completely inappropriate in markets where distribution network infrastructure does not exist and needs to be constructed, Greece being such a case.

Previous attempts to draw investors for the expansion of gas networks in mainland Greece, Evia – the country’s second-largest island, slightly northeast of the wider Athens region – central and eastern Macedonia in Greece’s north, as well as Thrace, in the country’s northeast, had already been plagued by difficulties. Troika’s demand for full liberalization of the retail gas market makes the prospect of developing distribution networks in these areas virtually impossible.