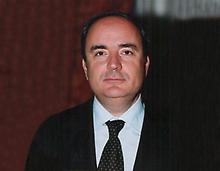 The group head, Giorgos Peristeris, who delivered a speech at a Hellenic-American Chamber of Commerce event on the Greek economy, told participants that if the RES market is to be propelled by renewed momentum, then payment procedure issues in the sector must first be resolved and normalized.

Increasing payment delays for RES producers have reemerged following efforts to rectify cashflow problems in the sector, the GEK Terna Group head official reminded. Peristeris added that a stable regulatory framework was also essential if the RES sector is to flourish.

The GEK Terna Group boss stressed that IPTO’s investment plan for the interconnection of the Greek islands with the mainland grid needs to be developed. The cost of this project, Peristeris noted, constitutes just a drop in the ocean compared to the amounts spent on generating electricity on the Greek islands, using costly fuel-powered electricity stations.