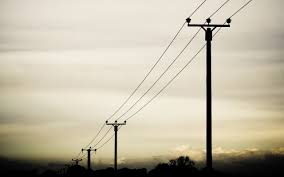 Preparations for NOME-type auctions in the electricity wholesale market are approaching finalization in terms of regulatory details, and, according to reliable sources, RAE, the Regulatory Authority for Energy, will have submitted its full plan concerning technical aspects and starting prices to the government by the end of this month. At that point, the regulator’s task will have been completed and procedures will be taken over by the politicians.

From that point onwards, the Ministry of Environment, Energy & Climate Change will need to inform the European Commission’s Directorate-General for Competition and receive approval from the authority, as well as submit a bill to Parliament for ratification, which, considering the country’s fiery political climate at present, promises to be volatile.

Right now, RAE is adding its final touches on two fronts. On a technical level, revisions are being made based on proposals forwarded by interested parties during the public consultation procedure’s second round, as well as based on comments made by the country’s creditor representatives, or troika, who deemed the plan as being over-protective of industry. PPC, the Public Power Corporation, and EVIKEN, the Association of Industrial Energy Consumers, are contributing to the effort.

The second front concerns determining the starting price of auctions, crucial to the plan’s success or not. According to energypress sources, details have been finalized. The sources stated that the starting price will be set at a level proposed by the Finance Ministry at a PPC shareholders meeting last February, with industrial interests in mind.

However, PPC will clearly not be content with such an outcome. It argues production costs at its lignite-powered electricity plants are considerably higher.

As for the supply market, it seems set to open up. Of the 1,200 MW to be auctioned off, it is estimated that approximately 900 MW will be absorbed by industry, while the remaining 300 or so MW will be utilized by supply companies aiming to reduce energy costs and compete with PPC.

“The situation is not changing dramatically, but it is improving, and offers us the opportunity to grow and increase market shares while the auctions apply,” an official at a major company told energypress.