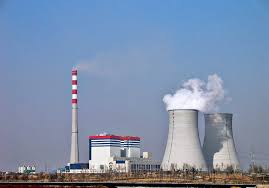 Following the tension generated by its blocked plan to impose an Emission Reduction Tariff (ETMEAR) surcharge hike, which will be imminently stopped by a Production Reconstruction, Environment and Energy Ministry amendment, RAE, the Regulatory Authority for Energy, is bracing for a battle on yet another front, this time over its intention to reintroduce a Variable Cost Recovery Mechanism.

The mechanism would compensate independent thermal power stations, which operate at a loss when forced to turn on and produce electricity to maintain the grid’s adequacy levels. Thermal power stations, which run on natural gas, take about two days to warm up before beginning to produce electricity. The mechanism, locally acronymed MAMK, would compensate these units for the significant cost entailed during the preparation process.

However, apart from independent thermal power station operators, who argue the mechanism is necessary to protect them from prospectively destructive financial losses, its proposed reintroduction by RAE has been met with widespread criticism, opponents including EVIKEN, the Association of Industrial Energy Consumers, and renewable energy source (RES) producers. Industrialists, for example, argue the mechanism’s cost will be rolled over onto electricity bills.

According to energypress sources, RAE will publish, this week, the feedback of the reintroduction plan’s public consultation process, launched on February 25 and completed on March 16.

RAE has based its plan to reintroduce the MAMK mechanism on a technical study conducted by IPTO, Greece’s power grid operator, locally known as ADMIE. The study, which has determined functional problems in the electricity market, concludes that some sort of mechanism is needed to compensate independent thermal power stations for their losses incurred when forced to start up and contribute to the grid.

A sector official has told energypress that HAIPP, the Hellenic Association of Independent Power Producers, locally known as ESAI, as well as a number of enterprises, have already warned RAE that legal action will be taken, if needed. The official added that “interesting developments” can be expected.

It is anticipated that these market irregulaties will be resolved once an all-encompassing  “target model” for the energy sector is implemented. However, its implementation still requires an estimated 30 months. RAE officials have stated that an intermediate solution providing fair operating market conditions for all, while also ensuring adequacy for the grid, will need to be applied, based on international precedents amid such circumstances.

The aforementioned IPTO study forecast that an increased need for electricity imports will begin emerging in 2016 and grow significantly until 2020. The study also noted that the reduced demand for electricity registered in the country over the past few years, a consequence of the deep recession, has created a false impression on Greece’s power adequacy situation. The national economy’s anticipated recovery within the coming years will highlight Greece’s additional electricity needs, the study noted. Also, the eventual withdrawal of old power units, combined with a prospective increase in electricity consumption to be prompted by the development of a submarine interconnection project to link the Cyclades with mainland grid, followed by an additional project to also interconnect Crete, Greece’s largest island, will further accentuate the country’s adequacy issue.