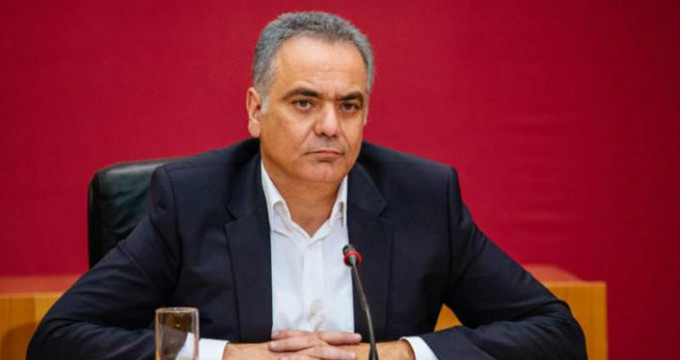 The energy sector indeed constitutes the backbone of Greece’s economic development and evidently at the moment it is facing some structural challenges, both internal and external in nature. These challenges are driven by the volatility of global energy prices, as well as the political and regulatory instability in the country. The combination of these two sets of factors is a major obstacle for attracting the necessary investments in the industry. At the same time, energy markets’ liberalization in Greece remains key and constitutes a crucial prerequisite for unlocking the next bailout package.

Having in mind all the above, the Greek Energy Forum (GEF) spoke to Panos Skourletis, Environment and Energy Minister in Greece’s Syriza-led government. In this interview, crucial questions for the energy sector in Greece are discussed and focus on a) the practical aspects of the reform program that the government is envisaging for the country; b) the key elements of the national strategy aimed at dealing with the challenges faced by different sectors within the national energy industry.

GEF: What are the steps that the government is taking to liberalize the natural gas and electricity markets in Greece and what is the timeline for completing market liberalization?

Minister: The first gas market regulations were adopted and in the coming months the unbundling of distribution and supply networks of natural gas will take place. The latter are currently exclusively provided by the gas supply companies (GSC) Attica, Thessaloniki and Thessaly. We expect market opening to have a positive impact on the expansion of the natural gas network. When it comes to electricity, the requirements for market liberalization are even greater.

Our interventions aimed at achieving the 2020 target are reinforced by the auction mechanism for electricity produced from lignite and hydro by the Public Power Corporation (PPC) to third-party suppliers, also known as ‘NOME’. The auction’s establishment is near and the auctions could start within the year.

Gef: Could you name the key policy initiatives of the government on the national and the regional level aimed at strengthening Greece’s position as part of the regional natural gas hub?

Minister: From the very start, the Greek government has been exercising a multi-dimensional policy in the energy sector, which – in combination with the active external politics – has already brought the first positive results.

As for the transformation of the country into an energy hub, the role of TAP remains key. This world class project brings natural gas from the Caspian directly to Europe. The construction of the pipeline on Greek territory has started on 17 May, after the resolution of some important open issues. Some additional elements that can help achieving the objective of establishing an energy hub in Southeastern Europe include the construction of the natural gas pipeline Interconnector Greece-Bulgaria, as well as its extension – the Vertical Corridor to Romania; the upgrade of the existing LNG terminal in Revithoussa; the plan for building the Alexandroupolis Floating Storage and Regasification Unit in Northern Greece.
In addition to that, there is an ongoing process of examining the opportunity to build a reverse flow pipeline for Russian gas to be delivered through Greece to Italy

Certainly, the prospects of establishing energy interconnection between Greece and Cyprus, Israel and other countries in the wider region – whom we are holding discussions with – are very important.

Based on this agenda, employing the necessary expertise and, as appropriate, we are approaching many international contacts that we have established in recent months with representatives of all the relevant states – involved both directly and indirectly in this agenda.

GEF: Sustainability of the national energy mix: How could Greece move away from lignite-dominated electricity generation while bringing down electricity prices, both wholesale and retail?

Minister: The gradual reduction in the use of lignite does not mean the outright elimination of the latter from the energy mix of the country. However, there is no turning back – climate change does not leave us room for complacency. The process of moving away from lignite has started long ago, and has already led to a reduction of the use of lignite and replacement of some old units [coal-fired power plants] with new gas-fired ones. At the same time, there are some satisfactory developments in the renewable energy sector in Greece, with the target percentage for penetration of photovoltaics being twice as high. The reduction of [electricity] prices is something that we believe is required throughout Europe and to some extent it seeks to improve competition on the market, which is targeted by the new regulations that are being put forward as well. In Greece, the combination of low oil and gas prices form the basis for the reduction of electricity bills, under certain conditions. I believe that with the evolution of the RES technologies’ decline in costs, the room for bills’ reduction [for the consumer] will be growing, regardless of fuel prices. Our energy policy is pursuing this as well.

GEF: Would, in your view, the combination of natural gas and renewables constitute a sustainable alternative to lignite for the national energy mix? What would be the prerequisites for Government’s support for such energy transition?

Minister: The combination of natural gas and renewables, approached in a rational way and complemented by energy generation from lignite (which would have to be done under certain environmental conditions for security of supply reasons and due to energy costs) can make a difference, as long as one moves towards a balanced market system instead of going from one extreme dysfunctional system to another. This was the case with the initial support schemes for RES, guaranteed for many years thanks to very high energy prices. This policy secured very favorable conditions for the return on investments, but brought about distortions throughout other segments of the energy market. We are therefore interested in building a market, which could be accessed by all market players; a market with reliable companies and a set of rules respected by everyone,; a market where no additional state aid would be needed. The combined operation of gas-fired power plants and renewable energy can be maximized to the extent that the stability of the power system is ensured.

GEF: How do you plan on improving the sustainability of energy systems across the Greek islands?

Minister: We are particularly interested in this area. We want our islands to be energy efficient, we want to reduce the electricity costs across them, especially for islands that aren’t connected to the mainland electricity system – and we want energy autonomy for the islands. Islands constitute ideal platforms for the use of new technologies, renewable energy and hybrid units, where the local communities themselves – through their representatives – would be able to meet their energy needs with low cost and intelligent solutions. Of course regulatory changes are required, but I am nevertheless optimistic that some important new developments could happen on that front and we are already dealing with this issue. There is a strong stakeholder interest already, relevant proposals have been tabled, and it is indeed very important to enable the island residents with the choice of the relevant energy solutions. Soon, the construction of the hybrid generation unit in Ikaria will be completed and there are similar project proposals for other islands.

GEF: Shipping Sector: What is your political strategy towards the transition to alternative fuels (LNG in particular) in shipping and your opinion about the potential of the Mediterranean to become a new Emissions Control Area? What role in your view should Greece be playing in cooperation with its international partners to ensure the suitability and competitiveness of the industry on the regional and international level?

Minister: The use of LNG as a marine fuel can give a new impetus to shipping, especially coastal shipping in the Mediterranean. Impetus to innovation and to new technologies, impetus to energy saving and be a step forward to a cleaner environment.

Greece – through the companies DEPA and DESFA – is participating in European programs (Poseidon Med I, II), together with the other two countries (Cyprus and Italy) with the aim to upgrade port facilities in certain ports of the region and to make the supply of LNG as a marine fuel possible. Simultaneously, the world of shipping in Greece sees positively the possibility of using this new type of fuel, as long as the conditions for it are in place, in particular, adequate port facilities and funding for conversion of ships or for construction of new LNG-fuelled vessels.

Greece does not view in a negative way the prospect of the Mediterranean to follow the Baltic and become an “Emissions Control Area” (ECA) in due time. This should happen, as long as the conditions that I have mentioned above are secured, namely, the necessary port facilities are put in place, and the incentives for the industry (financial, fiscal, etc.) are there to enable the possible conversion of vessels in the Mediterranean and gradual substitution of the aging ships with new vessels fuelled by LNG.

GEF: To conclude, what message would you like to pass to international investors who consider participating in energy projects in Greece?

Minister: Stability is one of the most important preconditions for doing business. We are working on ensuring this stability in Greece. When it comes to the general regulatory framework, there are no surprises there – we are moving ahead having the European strategy as a basis, along with the guidelines for the Target Model and the Energy Union strategy. We believe that the strengthening of Greece’s role in energy markets in the wider region – in combination with the development of interconnectors that will unify the European market, as well as the plans to return to growth by boosting domestic energy consumption – create a promising investment climate in the country.