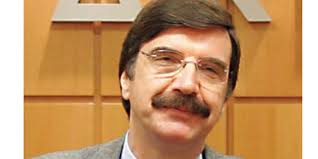 RAE, the Regulatory Authority for Energy, has so far benefited by 110 million euros from transition measures implemented to reduce the system’s production costs, the regulator’s president, Nikos Vasilakos, noted today at the “Energy & Development” conference, a two-day event organized by IENE, the Institute of Energy for South-East Europe, that concludes tomorrow.

Vasilakos explained that RAE’s measures proposed to the state for the electricity system’s transition, covering a period of between one-and-a-half and two years, concern mostly the access of third parties to lignite and hydropower stations, through NOME-type auctions.

According to the RAE chief, figures for the first year of implementation of the measures, covering August, 2013 to August, 2014, showed that the regulator’s objective of reducing the system’s overall cost of production was achieved, saving a total of about 110 million euros.

Vasilakos told the conference that the “elimination of the special consumption tax (EFK) imposed on natural gas used in the production of dramatically overtaxed electricity, which has stood as a fixed demand by RAE since 2011, would lead to a further 100 million euros in savings during the given [transition] period. In other words, we are talking about total savings of more than 300 million euros for the national system.”

Commenting on the prospects of the domestic energy market’s liberalization, the RAE head noted that he was optimistic despite the obstacles observed.