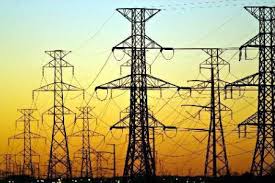 PPC, the Public Power Corporation, may face the prospect of needing to return Public Service Compensation (YKO) surcharge amounts it had imposed on electricity bills between 2007 and 2011.

A European Commission Directorate General for Competition ruling, reached last September but only just released, considers the surcharge as being a form of state aid as the public utility had also benefited from other compensation amounts during the five-year period.

Although the European Commission decision does not entail imposing sanctions on PPC, the public utility could eventually find itself needing to return considerable sums to large-scale consumers who had filed legal cases in Greece – still awaiting trial – to challenge PPC’s YKO surcharge imposed on them.

One of the pending cases had been filed by electricity supplier Verbund APT Energa Hellas SA in 2010. Verbund, the enterprise’s Austrian partner, later withdrew from the company which was transformed into Energa, before its eventual debacle.

According to reliable energypress sources, a European Court of Justice decision stipulates that national courts must comply with the European Commission on such matters.

The  YKO surcharge is added to electricity bills to cover the cost of electricity needs on Greek islands, currently served by local fuel-powered generators.