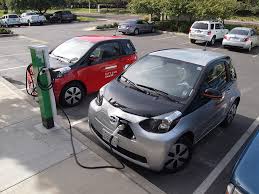 As the prospect of vehicles running on alternative power sources draws closer to becoming a widespread practice, PPC, the Public Power Corporation, and DEPA, the Public Gas Company, are both focusing their efforts on electricity and gas-powered vehicles as a new source for revenues.

This year alone, gas-powered car registrations have reached 108, compared to just 26 last year. Five refueling stations, providing compressed natural gas, or CNG, all run by the Fisikon company, now operate in Athens and Thessaloniki. A further two stations are expected to soon be launched in Volos and Thessaloniki.

Signs of progress are also evident in the electric cars category. PPC, for example, will set up a recharging station, for demonstrative purposes, at this year’s Thessaloniki International Trade Fair. Two electric cars will be used as part of the presentation.

PPC plans to launch its first real recharging stations by December. It intends to begin with 15 stations.

At present, the number of electric cars being used throughout Greece total a mere 25. An additional 15 electric cars ordered by PPC, from BMW and Daimler, will bring this tally up to 40. The number is expected to begin precipitating as promotion of the new concept spreads, additional new recharging stations are launched, and a greater number of companies become interested.

Following in the steps of PPC, a number of fast-delivery companies are currently examining the prospect of electric cars as well as electric scooters.

Later this month, on September 24, PPC will host Green eMotion, an EU-subsidized  conference to focus on alternative transportation.

In Greece, the idea of CNG-powered vehicles has progressed far more than electric cars. Some 600 buses are already running on the gas. More recently, an increasing number of taxis are also turning to CNG as their choice of power.

European studies forecast that 12.7 percent of buses will be gas-powered by 2018, throughout the continent. Greece has already established one of Europe’s highest percentages of gas-powered buses.

At present, FIAT, GM, Mercedes, and PSA are leading the way in vehicles constructed specifically for CNG usage. Sales of such models at these firms increased six-fold between 2008 and 2013.