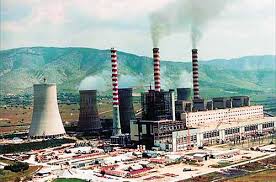 PPC, the Public Power Corporation, will be willing to negotiate reducing electricity tariffs for medium-voltage industrial consumers once the results of a cost study commissioned to a consulting company have been finalized and examined, the power utility has noted in written responses to all companies that had requested improved terms.

The study will estimate PPC’s current production costs following price reductions in natural gas and petrol, as well as the level of impact of recent regulatory revisions on the utility’s operational costs.

The study’s examination of the impact of lower petrol price levels is being based on data for 2014 as well as forecasts for the current year.

PPC’s operational costs have been substantially reduced for petrol used at power stations on the islands, while the utility’s natural gas costs have also dropped. However, on the other hand, lignite costs have increased considerably.

As for regulatory revisions made in the sector, it is a well known fact that PPC has greatly benefited from developments such as reduced costs concerning CATs (Capacity Availability Tickets) and the variable cost recovery mechanism (MAMK).

PPC expects to be provided with the study’s initial findings within the current month and final results in March, to be used in the utility’s negotiations with industrial consumers.

Medium-voltage industrial consumers, which had signed agreements covering 2013 and 2014, consider that they are being unfairly charged the sector’s highest electricity rates.

As for the sector’s high-voltage industrial consumers, they are expecting reduced tariffs based on a decision endorsed at a PPC shareholders meeting last February. However, these discounted rates may be classified as illegal state aid by the European Commission and, subsequently, rejected. It expects PPC to maintain lower tariffs based on the impact on the utility’s costs brought about by recent regulatory revisions and the drop of crude oil prices in international markets.