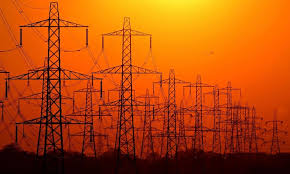 Responding to industrial sector concerns over any change in pricing policy on energy-intensive connections in the new year, PPC, the Public Power Corporation, has called for calm ahead of an extraordinary shareholders meeting scheduled for December 22.

PPC officials noted there were no indications, at present, of any change to the scheduling of the shareholders meeting as a result of the prevailing political uncertainty in Greece at present. The industrial sector anticipates an extension of industrial sector electricity rates that were endorsed last February.

The PPC officials reminded that the industrial sector had not been left out in the cold when last February’s meeting, itself delayed following a postponement, was eventually held. The industrial pricing policy reached for 2014 was retroactively applied, the officials noted. Though the officials did not elaborate, this was interpreted as meaning the same will apply in 2015, even if the upcoming PPC meeting does face delays.

The industrial sector’s concerns have grown as a result of the country’s uncertain political landscape. Failure by Parliament to elect a new President – as is considered most likely – in a process now set to proceed, will lead to early national elections. The main opposition leftist Syriza party, currently ahead in various polls, opposes the coalition’s policies on various fronts.

Reflecting the industrial sector’s concerns, EVIKEN, the Association of Industrial Energy Consumers, forwarded a letter yesterday to PPC, calling for an extension of energy-intensive electricity rates, as well as the acceleration of procedures to complete NOME-type auction plans.

The industrial sector fears that recent progress achieved on more favorable electricity rates for the sector could be jeopardized by any political change.

“If the existing PPC tariffs do not remain valid for 2015, where will be no other viable alternatives for industries,” the EVIKEN letter noted.