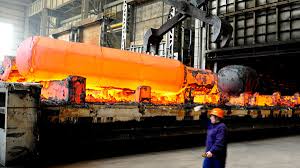 As the country’s industrial sector awaits the government to deliver promised energy-restricting measures, a pledge made by Production Reconstruction, Environment and Energy Minister Panayiotis Lafazanis, it seems that certain electricity cost-reducing measures offered by the European Union have remained unutilized in Greece.

Besides the “disruption management” plan – still awaiting a ministerial decision – whose implementation will enable energy cost savings for major-scale industry in exchange for a reduction in energy consumption whenever required by the system operator, at least two other energy cost-saving tools have remained idle.

Firstly, a ceiling has not been applied to the level of an Emission Reduction Tariff (ETMEAR) surcharge paid by energy-intensive industries, and secondly, a reduction in a special consumption Tax (EFK) has yet to be offered to certain industrial consumer categories.

As for the ETMEAR tariff, European Commission guidelines for the environmental and energy sectors between 2014 and 2020, announced last summer, include a term for restricting RES support-related additional costs paid by electro-intensive industrial operations.

Within the Greek market’s context, the ETMEAR surcharge is a RES support-related additional cost. Sector officials told energypress that applying restrictive measure on this surcharge would greatly benefit energy-intensive industrial operations in sectors such as steel and cement, as well as many medium-voltage operations.

As for the special consumption tax (EFK) imposed on electricity, the country’s previous administration, acting in accordance with an EU guideline, ratified a law last May that exempts chemical, electrolytic, and metallurgical processing activity from the tax. Practically speaking, this exemption applies to the aluminium and steel industries. However, a ministerial decision still needs to be signed before the law can be implemented. Lafazanis, the energy minister, has yet to do so.