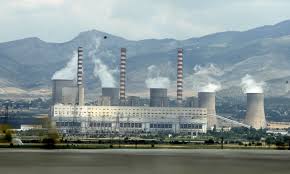 An intention by the country’s new energy-sector leadership to reduce electricity production costs by between twenty and forty percent will depend, to varying degree, on several key factors if the objective is to be achieved, according to a cost study.

It was presented to the newly apointed Production Reconstruction, Environment and Energy Minister Panayiotis Lafazanis, as part of the production cost-cutting plan’s lead-up, by the outgoing president of RAE, the Regulatory Authority for Energy, Nikos Vassilakos.

Three of the factors that can contribute to the reduction are available and ready to be applied, while the implementation of other factors, less readily available, promises to be trickier.

The major drop in international crude oil prices, the prospective savings to be offered by the previous administration’s EU-approved CAT (Capacity Availability Tickets) system, if adopted, and the elimination of the variable cost recovery system, all represent the relatively simpler side of the story for the new minister’s plan.

It gets a little more complex with the Public Service Compensation (YKO) surcharge that is added to consumer electricity bills to fund extraordinary local requirements, such as high-cost power production on the islands. The amounts to be saved by consumers as a result of plunging international fuel prices stand to be wiped out by the hefty YKO charge to be announced for 2014, as well as pending amounts for previous years. The total YKO figure is expected to reach nearly 1.1 billion euros, of which 800 million euros concern 2014.

It remains uncertain as to whether PPC will choose to implement a cost-cutting measure factor, rationalized spending, which was proposed by consulting firm Ernst and Young several months ago as part of a study on the utility.

Returning to the international market’s lower crude oil prices, analysts estimate that PPC stands to save at least 260 million euros this year. Any future rebound of fuel prices, however, would make the availability of this benefit ephemeral.

The new CAT mechanism awaiting implementation reduces payments to electricity producers by 60 percent, from 570 million euros to 225 million euros, annually. This drop alone could offer consumers a ten percent reduction on electricity bills. It remains uncertain whether Greece’s new leftist Syriza-led government will seek to push the mechanism’s cost even lower. This would prompt a strong reaction from PPC and independent producers.

As for the Ernst and Young proposal for rationalized spending at PPC, if implemented, this could offer the utility further savings of between 400 million and 450 million euros.

The cost-cutting mission would be a lot simpler if fuel taxes were lowered. But Lafazanis, the new energy minister, has already declared no reductions will be made for the time being. This essentially means that only part of the PPC production cost-cut plan of between twenty to forty percent will benefit consumers. The rest will be offset by taxes and surcharges, which represent an average of 35 percent of PPC electricity bills.