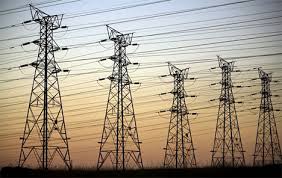 International tender procedures for the sale of a majority 66 percent stake in IPTO – Greece’s Independent Power Transmission Operator, locally referred to as ADMIE – are moving along quite satisfactorily, just slightly behind schedule. Also, the tender’s four candidates, Terna, SGCC, Elia, and PSP, appear to be maintaining fervent interest, which has heightened the competition and created prospects for the achievement of a handsomely priced deal. Analysts recently raised their estimate of the operator’s worth to 1.4 billion euro. Yet, despite these favorable developments, an underlying concern persists that IPTO’s planned privatization, theoretically the simplest of three in the making by parent company PPC, the Public Power Corporation, could be derailed.

Speaking to energypress on the matter, sector officials expressed concern over a possible negative decision by the Council of State, Greece’s supreme administrative court, following legal action taken by PPC union groups, while also noting that possible political instability that could be prompted over the appointment of a new President, a ceremonial position, early next year, also posed a major threat to the tender. If the political parties represented in Greek Parliament do not produce 180 votes in the 300-seat Parliament for a successor to current President Karolos Papoulias, whose five-year term ends next March, then early national elections will need to be called.

The tender’s connection to the political developments is likely to be a close call. At best, PPC will receive binding offers from bidders around late November, meaning that the tender will not be completed before early 2015, assuming no setbacks, such as delays or appeals. The European Commission has already shown that it is particularly meticulous when assessing ownership transfers of networks, especially when dealing with non-EU companies. The prospective acquisition of DESFA, Natural Gas Transmission System Operator, by Azeri company Socar, still not completed after an extended process, serves as an example.

As for the legal action against PPC, it was taken by unions for two reasons. One of these concerns the rights of the workers’ fund to the property of PPC and its subsidiaries, as, for decades, the corporation has withheld worker contributions to the fund to finance its projects. Pundits expect the matter to be overcome following legislative amendments made by the government. However, the worker unions also claim that the prospective privatization of PPC’s networks is unconstitutional. This could prove to be a trickier issue, considering recent verdicts delivered by the Council of State, such as one for water supply networks, which could set a legal precedent.