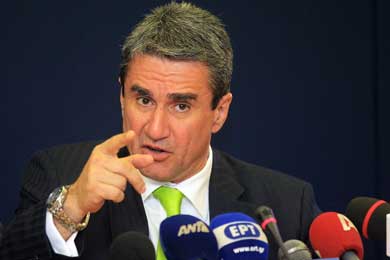 Members of the secondary school teachers’ union (OLME) were on Monday holding a protest outside the Education Ministry in the northern Athens suburb of Maroussi against a so-called mobility scheme of forced transfers and layoffs.

A delegation was expected to meet with newly-appointed Education Minister Andreas Loverdos to discuss the issue later in the day.

Loverdos, a socialist, has previously called for the rehiring of a large number of public sector workers who have been put in the scheme.