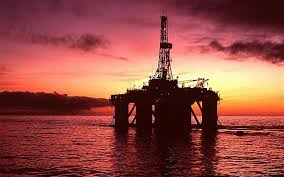 Plunging crude oil prices in the international market over the past few months have seriously affected the prospects of Greece’s hydrocarbon exploration prospects. Investment in the field appeared to be a feasible option several months ago when oil prices stood at levels of 105 to 110 dollars a barrel. But current rates, down to between 58 and 59 dollars a barrel, have torpedoed most investment plans, especially for deep-sea exploration.

Doubts began creeping into the investment plans of petroleum companies when the price of oil began its slide to drop to a level of about 90 dollars a barrel. At 80 dollars, major players began to revise the amounts they were willing to invest in exploration activity. The revisions became more drastic when crude fell further to the 70-dollar level.

The Environment, Energy & Climate Change Ministry launched oil exploration and exploitation tenders last month for twenty offshore blocks in the Ionian Sea, western Greece, and south of Crete. A bidding deadline has been set for next May. Potential interest by bidders will certainly be affected, especially as oil prices are predicted to remain at low levels for an extended period. Investor interest for the Ionian Sea can be expected to be low, while interest for the deep-sea areas south of Crete, entirely uncharted, will be even lower.

Major players such as Chevron and Oasis have already begun revising their investment levels for international exploration initiatives to less ambitious levels, which is not a good sign for Greece’s prospects, especially as OPEC appears determined to maintain the 12-nation cartel’s output at the current level of 30 million barrels per day, despite an oversupply in the market. OPEC has announced it will reexamine its position on the matter next June.

Sector officials estimate that exploration investment levels decrease by one percent for every one-dollar decline in the price of crude. It has dropped by more than 20 dollars per barrel over the past month alone.