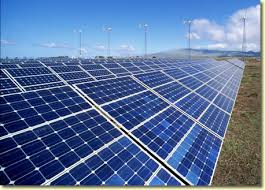 Following signs of improvement, concern is now reemerging over whether LAGIE, the Electricity Market Operator, can restore full order in its payment obligations to the country’s renewable energy source producers.

Vastly improved conditions, observed until the end of July, were attributed to a number of factors, one of these being credit invoices issued by producers, primarily in the photovoltaic domain, as part of the so-called “new deal” established to offer long-term solutions to LAGIE’s deficit problem. Increased liquidity at PPC, the Public Power Corporation, which allowed the firm to provide payments to LAGIE on a more regular basis, was also cited as a factor behind the improvement. This made feasible an ambitious objective set by LAGIE’s administration to have settled payments on all invoices issued during the first quarter of 2014 by the end of July.

However, new payment delays, on second-quarter invoices, emerged in August. Until now, LAGIE has managed to pay approximately half of the amounts owed to renewable energy source producers for invoices issued in April. Although a total of 82 percent of producers have been paid, this statistical detail is misleading as payment of smaller amounts has preceded larger amounts.

This latest delay in payments has been attributed to a cash flow issue PPC’s inability to pay, as a result of electricity bill payment delays by consumers, and not the result of a new account deficit problem at LAGIE.

In comments to EnergyPress, a PPC official played down the situation, noting that that “the months of July and August were always burdened by cash flow problems as consumers were away on holidays, or had increased costs to take care of, which causes them to delay paying power bills.” However, this same official remained reserved when asked whether LAGIE’s lagging payments to producers would be settled. “It remains to be seen whether this is a seasonal phenomenon, or linked to increased household inability,” the official responded.

A photovoltaic sector official told EnergyPress that “given the current account deficit for renewable energy sources, the payment delays should not be longer than 45 days.”