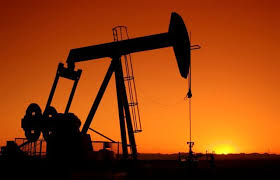 Just days into his new job as Production Reconstruction, Environment and Energy Minister, Panayiotis Lafazanis, who heads the leftist party’s wing of euro sceptics, dubbed the Left Platform, will need to make a swift decision on an approaching deadline for an exploration and exploitation tender concerning three land blocks in western Greece.

The tender, concerning blocks in Arta-Preveza, Etoloakarnania, and northwest Peloponnese, and which expires on February 6, was launched by the previous government based on terms stipulated by EDEY, the Greek Hydrocarbon Management Company.

The same formula had been applied to a preceding – and finalized – tender for three other blocks along Greece’s western flank, in Ioannina, the Gulf of Patras, and Katakolo.

Syriza has already condemned the specific model used by EDEY, noting, in Parliament, that it does “not promote and protect the interests of Greek people”, but, instead, transfers, “in a clearly unbalanced and unilateral fashion, medium-to-long term state benefits to private-sector tenants.”

Syriza, as was expressed in Parliament, favors hydrocarbon agreements through which the state will retain control of hydrocarbon activity with investor tenants operating as contractors under Greek state guidance.

The previous government’s model functioned in the exact opposite way, granting private-sector investors control of deposits.

“We’re examining the issue. We may need to intervene before the deadline expires and offers are submitted,” Lafazanis, the newly appointed minister, told enerypress.

Ministry officials are believed to be currently grappling with consequences of any decision they make take, energypress understands.

Whether it would be wise to intervene and change the country’s hydrocarbon tender model at a time when the sector has already been struck by plunging crude oil prices in the international market, and, moreover, when Greece’s oil exploration sector has managed to gain some momentum after many years of zero action, is one issue being considered. Secondly, ministry officials will need to consider whether any change, at this stage, is legally feasible. Thirdly, the ministry officials are considering the impact of any government intervention on the country’s image in the international energy market. If the ministry stays put and allows for the tender’s completion under current terms, then this may provide some political credit to the new government that may then be utilized on a wider basis.

According to sources, if no changes are made, the ongoing tender for Arta-Preveza, Etoloakarnania, and northwest Peloponnese will not prove meaningless, but, instead, is expected to draw investor interest. Company officials are believed to be working frantically to finalize their offers.

For the time being at least, lower crude oil prices do not seem to have had a major impact on energy company plans, as investments during the first four to five years of exploration activity entail relatively low-cost exploration costs, according to industry experts.

Latest information suggests that three offers for each of the three blocks – a total of nine bids – will be made. Italian company ENEL is believed to be included among the pack.

Responding to an energypress question on whether the new government will cancel or allow the tender’s completion, an experienced sector official suggested that a middle-of-the-road solution may ultimately be adopted. In this case, the government would collect offers and then negotiate with bidders on revising certain terms for possible mutual agreement.