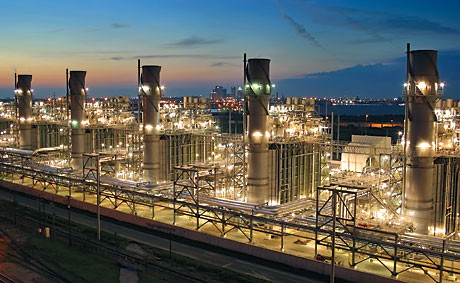 Natural gas as a fuel for electricity production works out cheaper than lignite, even if carbon emission rights are purchased at levels of 25 euros per ton and natural gas prices levels were to rise significantly, a leading local authority has pointed out.

Considering local market conditions, meaning low efficiency rates at lignite-fired power stations and relatively high market penetration of renewable energy sources (RES), gas represents the only fossil fuel that may be used as a primary tool to bridge the currently reality and the future reality envisaged for 2050, when virtually zero-level emission levels are expected to be enforced for electricity production, according to Dr Giorgos Stamtsis, president of HAIPP, the Hellenic Association of Independent Power Producers, locally acronymed ESAI.

The authority, during a speech at the Academy of Athens, pointed out Greece’s dependence on lignite, for electricity production, is already being gradually reduced. Stamtsis added that although time will be needed, current developments indicate the process will be swifter than initially believed.

Lignite’s level of economic feasibility will be crucial to the rate at which the country’s depence on the fuel is further lowered, the authority explained. Based on the current relatively low carbon emission right price levels, natural gas-fueled power stations are more competitive than many lignite-fired stations.

The EU plans to maintain carbon emission right price levels at 25 euros per ton between 2021 and 2030. At such a rate, natural gas-fired power stations will represent a lower-cost technology compared to lignite-fired units, even if the cost of natural gas increases significantly compared to current price levels.

Greece’s lack of progress in energy efficiency, as was highlighted by a recent European Environmental Agency report that showed the country made virtually no progress between 2005 and 2013 to rank among the EU-28’s lowest, may be primarily attributed to the low efficiency levels of the country’s lignite-fired stations, Stamtsis underlined.

The country’s transition to a new energy scene characterized by high RES penetration makes natural gas a crucial tool for economically feasible and stable electricity production, while also being an environmentally friendly option, the authority concluded.