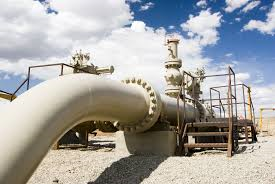 The European Commission has reiterated a call for Greece to liberalize its natural gas market, noting that the energy source’s elevated cost for local consumers, one of the highest in Europe, results primarily from the sector’s monopolistic market structure.

Echoing preceding remarks on Greece’s electricity market, the European Commission described the country’s natural gas market as one that operates under an “unprecedented lack of competition.”

“The reasons why Greek natural gas market prices rank among Europe’s most expensive have to do with the prevailing closed market structure,” a European Commission official remarked at a Brussels event earlier this week, focused on competition issues.

The findings of a study presented yesterday by IOBE, the Foundation for Economic and Industrial Research, showed that the pretax price of natural gas in Greece is 24 percent higher than the EU average. The pretax price, without value added tax and other levies, is 33 percent higher, the IOBE study noted.

DEPA, the Public Gas Corporation, controls 90 percent of Greece’s wholesale gas market and 51 percent of the retail market, as the majority shareholder in three exisiting gas supply companies (EPA) covering the areas of wider Athens, Thessaloniki, and Thessalia, in the mid-northeast.

The country’s previous government is largely to blame for the natural gas market’s ongoing monopolistic structure as it had prepared a draft bill for market revisions but delayed submitting it to Parliament for ratification before the need for snap elections arose.

The IOBE study noted that a reduction of the special consumption tax (EFK) imposed on natural gas could boost the GDP figure by 754 million euros and create 12,500 jobs.