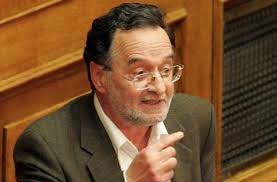 Production Reconstruction, Environment and Energy Minister Panayiotis Lafazanis has announced a “considerable reduction” in natural gas price levels to be implemented in April.

“Natural gas prices will be significantly reduced in April. We have held discussions with DEPA (Public Gas Corporation) and announcements will be made,” the minister noted, without going into further detail. Lafazanis also noted that reductions would be made to electricity rates.

Commenting on the stalled sale of a 66 percent share of DESFA, Greece’s Natural Gas Transmission System Operator, to Azeri company Socar, Lafazanis described the attempted sale’s characterization – as a privatization deal – as “paradoxical”.

The minister noted the process was not a privatization but, instead, a case of renationalization, as, if the deal were to proceed, the company’s control would be transferred from the Greek state to the Azeri state, in other words, from one state to another.

“Socar is an Azeri state company. If a company remains in the public sector, we call this anachronism, whereas if it is transferred to another state, to another state company, then reform, or modernization, has taken place,” noted Lafazanis, who heads the ruling leftist Syriza-led coalition’s radical left, or Left Platform.

Greece’s previous administration had reached a deal to sell a 66 percent of DESFA to the Azeri company but the agreement was stalled by a European Commission investigation over EU competition and energy security concerns. Last week, in a major twist to the plot, it was reported that the Azeri company was now behind the delay in search of a safe way out of the deal. Socar holds a 20 percent stake in the TAP (Trans Adriatic Pipeline) consortium developing the pipeline project to transmit Azeri gas to Europe via Greece.

“If we were in power and no [DESFA] sale procedure had taken place, we would most probably have not proceeded with the sale of a dynamic and profitable monopolistic public utility,” Lafazanis remarked. “There really was no reason for such an agreement. As we see it, privatizations linked to strategic sectors are inconceivable. But that’s what happened,” he added.

Lafazanis reiterated that the Greek government would await the European Commission’s decision before making any moves.

Commenting on the TAP project, Lafazanis said the government supports the project but reminded that parties which stand to gain major benefits as a result of the infrastructure project’s crossing through Greece will need to compensate the country accordingly. The need for such an exchange had been neglected until now, the minister added.

“I raised this issue from the very beginning [of my tenure] with TAP and Azeri government officials,” Lafazanis said. “We’ve had positive development following a series of discussions. All sides have agreed that negotiations need to be based on the Greek government’s proposals.”

At the most recent meeting on the matter, a decision was reached to assemble a committee whose aim will be to deliver proposals that could satisfy both sides.