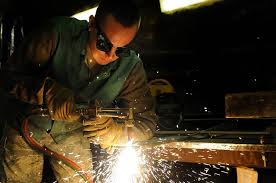 Mid-scale industry has made a new appeal for lower electricity rates from PPC, the Public Power Corporation, basing its argument on the utility’s benefits gained as a result of lower operating costs, according to energypress sources.

In a letter forwarded to PPC, mid-scale industrial enterprises consider they are being unfairly dealt with as, among all power consuming brackets, they are charged the highest rates, the same sources said. PPC has leeway for rate reductions as its lower costs can be rolled over onto electricty bills, the mid-scale industrial enterprises pointed out.

Mid-scale industrial enterprises, in their joint letter, noted that a new offer is being anticipated by them as a result of PPC’s lower operating costs, prompted by a number of factors, including lower prices on CATs (Capacity Availability Tickets) and natural gas.

Mid-scale industry had signed agreements with PPC covering 2013 and 2014.

The letter expressing the mid-scale industrial sector’s push for lower electricity costs comes following a like-minded request from SEV, the Hellenic Association of Industrialists, and the newly elected leftist Syriza-led government’s declared intention to lower energy costs for all consumers, including industry.

Mid and large-scale industries anticipate that negotiations with PPC for more favorable terms will begin imminently.