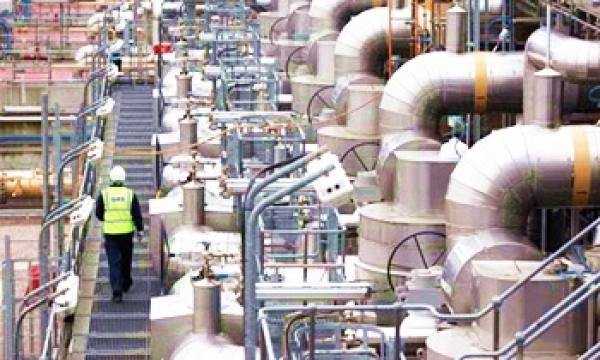 At least eight possible buyers, acting either alone or in partnerships, have expressed an interest in DESFA, the natural gas grid operator, to Greece’s energy ministry and TAIPED, the state privatization fund, ahead of a second tender being planned for the sale of a 66 percent stake.

The prospective bidders include familiar European network operators such as Belgium’s Fluxys and Italy’s Snam, both involved in the previous tender that failed to produce a deal; Dutch operator Gasunie; Spain’s Enagas; Romania’s Transgaz; newer players such as France’s GRT gas; as well as SFPI and Marguerite, both funds. The two funds would need to form partnerships with a European operator in order to take part in the tender, according to regulations.

Some of the aforementioned players, again, acting either independently or as groups, had informed the energy ministry and TAIPED that they would be willing to match the 400 million euros offered by Socar for 66 percent of DESFA in the previous tender, when it became apparent the Azerbaijani energy firm was no longer interested following various changes, by Athens and Brussels, to the deal’s terms.

Pundits have told energypress that many of these prospective buyers have already closely examined DESFA’s ten-year investment plan and concluded the operator remains a particularly attractive investment prospect.

Their interest in DESFA’s 66 percent is being further propelled by the promise of a fast-track procedure. The Greek government has indicated it wants to complete the DESFA sale by the end of this year.

This, of course, means the government must launch a new tender as soon as possible. Prior to this, though, Hellenic Petroleum (ELPE) shareholders must approve TAIPED’s right to place for sale the petroleum company’s 35 pecrcent share of DESFA, along with a 31 percent stake to be contributed by the Greek State.

According to regulations, the tender will be open only to European network operators so as to avoid problems spotted by the European Commission’s Directorate General for Competition in the previous sale attempt, in which Azerbaijan’s Socar had emerged as the winning bidder.

Many pundits believe it will be extremely difficult, if not impossible, to achieve a price higher than the 400 million euros offered by Socar in the preceding tender. Prevailing international energy market conditions, the excess supply of DESFA equivalents being placed for sale, as well as a sense of investor uncertainty that has crept in since the failed initial DESFA tender are all containing expectations for a spectacular result.