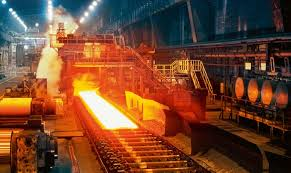 Ties between PPC, the Public Power Corporation, and general mining and metallurgical firm Larco, have reached a critical point over electricity rates faced by the facility at its nickel producing plant in Larymna, some 130 kilometers north of Athens.

In 2013, Larco was charged about 70 euros per megawatt hour (1,000 KWh), when other European metallurgical plants are being charged between 30 and 35 euros per MWh. The rate is considerably lower in the USA. Larco did not sign an agreement with PPC for 2014 and has yet to reach a deal for 2015.

Besides the electricity tariffs, the mining and metallurgical firm is also concerned about a procedure being applied by PPC to reach a discounted electricity rate for the industrial consumer. Larco fears the procedure may be regarded as a form of illegal state aid by the European Commission.

Larco has good reason to be concerned. The European Court has already ordered the mining and metallurgical firm to return approximately 150 million euros to the Greek state. The amount was characterized as illegal state aid.

Larco has requested that the discounted electricity rate offered to the company by PPC be characterized as a “quantitative discount” prompted by the operation’s extraordinarily high consumption level. It represents about 2.5 percent of domestic demand. Suppliers have the right to such an arrangement with energy-intensive consumers.

Besides Larco, the cost of energy is a wider problem for the entire industrial sector. Promises by the country’s previous administration to lower industrial rates were not implemented, leading to perilous conditions for enterprises struggling to survive.

Failure by the country’s political leaders and PPC’s administration to negotiate with industrial consumers on a one-on-one basis, taking into account individual company profiles, will only make matters worse for both the industrial sector and PPC, which is faced by an alarming rising level of overdue unpaid electricity bills.