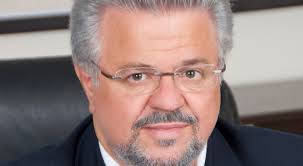 IPTO, the Independent Power Transmission Operator, has worked on an unpublicized, yet almost finalized, plan over recent months to become a partner in a consortium to develop an electricity interconnection project linking Israel, Cyprus and Greece, it has been revealed.

PPC has already offered its approval for a transfer to IPTO of its 51 percent stake in PPC-Quantum Energy Ltd, the consortium formed with Cyprus’s Quantum.

It remains unknown whether the Eurasia Interconnector project will be included in the newly elected Syriza-led government’s agenda. The leftist party has declared it will reexamine an ongoing privatization tender for IPTO.

The project is regarded as representing a realistic and feasible solution for the utilization of deposits in the eastern Mediterranean, which would ensure Cyprus’s interconnection while also offering energy export opportunities.

The interconnection project, whose budget is estimated at 1.5 billion euros, includes a 2,000 MW-capacity cable connection just under 1,000 kilometers in length linking Israel with Cyprus, Cyprus with Crete in Greece’s south, and Crete with the Peloponnese.

Another interconnection project linking Crete to Greece’s mainland had already been added to IPTO’s agenda, making the operator’s involvement in the   Eurasia Interconnector project a logical addition.