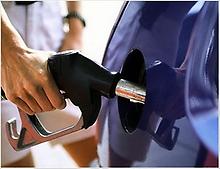 An increase in fuel demand during the month of June, following five years of subdued activity between 2009 and 2013, has been associated with signs of a possible recovery of the Greek economy.

Higher demand for transportation fuel, a switch to diesel-powered vehicles, as well as a renewal of progress in public projects, were all listed as factors behind the month’s increased demand for fuel.

Yiannis Psychogios, Hellenic Petroleum, or ELPE, Managing Director , commenting to local media, noted that maintenance of overall stability in the country would soon lead to positive figures for the economy.

Overall fuel demand in June rose marginally, by 0.3 percent, compared to the same month last year. However, when comparing figures for the first half of the year to the equivalent period last year, the overall demand for fuel fell by 3.5 percent.

Contrary to this overall trend, the demand for transportation fuel rose by 6.9 percent in June, compared to June last year, and was also up by 4.8 percent, year-on-year, for the first half of 2014.

The rapid rise witnessed in the demand for liquefied gas over the past two years, primarily due to its use as an alternative energy source for vehicles, seems to have ended. Data showed a 76.3 percent year-on-year decline in demand for June, and a 79.1 percent drop in the first half of 2014 compared to the equivalent period last year. This considerable decline has been attributed to a decrease in demand for gas in the industrial sector. According to market data, liquefied gas, as an energy source for vehicles, currently holds an eight percent share of the local auto fuel market, gaining its share from the fuel market.

Greece’s deep recession over the past five or so years has led to the closure of about 2,500 petrol stations. Less than 6,000 petrol stations are still operating, from approximately 8,200 that were in business prior to the crisis. Market officials estimate that full implementation of an “inflow-outflow” system, introduced by the Finance Ministry to monitor fuel purchases and sales as a means of combating illicit fuel trade in the market, will result in approximately 500 more petrol station closures.