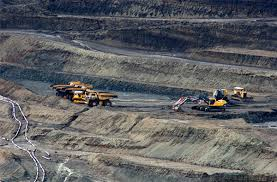 A long-running ordeal concerning a leasing agreement for the mining rights of a lignite deposit in northern Greece’s Vevi region has gained a new chapter with an official complaint filed by an unknown private-sector source to the European Commission’s Directorate-General for Competition, according to energypress sources, over alleged state aid to Aktor, recently awarded the site’s mining rights.

Based on standard practice, the Commisssion’s Directorate-General for Competition has reacted by requesting evidence from Greek authorities that can overturn the allegation.

The Commission’s investigation of the case will not, for the time being at least, freeze or overturn procedures for the leasing agreement awarded to Aktor, whose portfolio includes mining, quarrying, construction, photovoltaics, facility and project management. But it does add yet another pending issue that hinders the completion of a process that has lasted eight years and entailed efforts by several Development and Energy ministers to finalize.

“The Commision’s services would like clarification from your country’s authorities with regard to the issues raised in the complaint. If your authorities consider that there is no case of illegal state aid, it would be useful that they submit their own summaries of the facts and reasons as to why they do not consider that the alleged aid as being illegal,” the Directorate-General for Competition noted in an official letter to the Permanent Representation of Greece to the EU. Energypress has obtained this letter.

The original tender for the mining rights to the Vevi lignite deposit was launched back in 2006. Two successive tenders have since been staged. The latter, launched in 2009, was based on revised terms implemented by current Environment, Energy & Climate Change Minister Yiannis Maniatis, who, at the time, served as deputy minister.

The mining site in Vevi, on Greece’s northern edge, close to the country’s border with the Former Yugoslav Republic of Macedonia (Fyrom) is significant. Containing an estimated 90 million tons of lignite, it represents one of two energy sources for a regional electricity plant, “Melitis 1”. The facility’s other mining site is located in the nearby Florina region.

In the past, the mining site was operated by Violignit, but, following the company’s bankruptcy, the site’s control was taken over by the state and remained idle for some fifteen years. PPC, the Public Power Corporation, controls another mine in the area. According to sector authorites, the two mines, combined, are capable of supplying the “Melitis” station as well as one more power-producing plant.